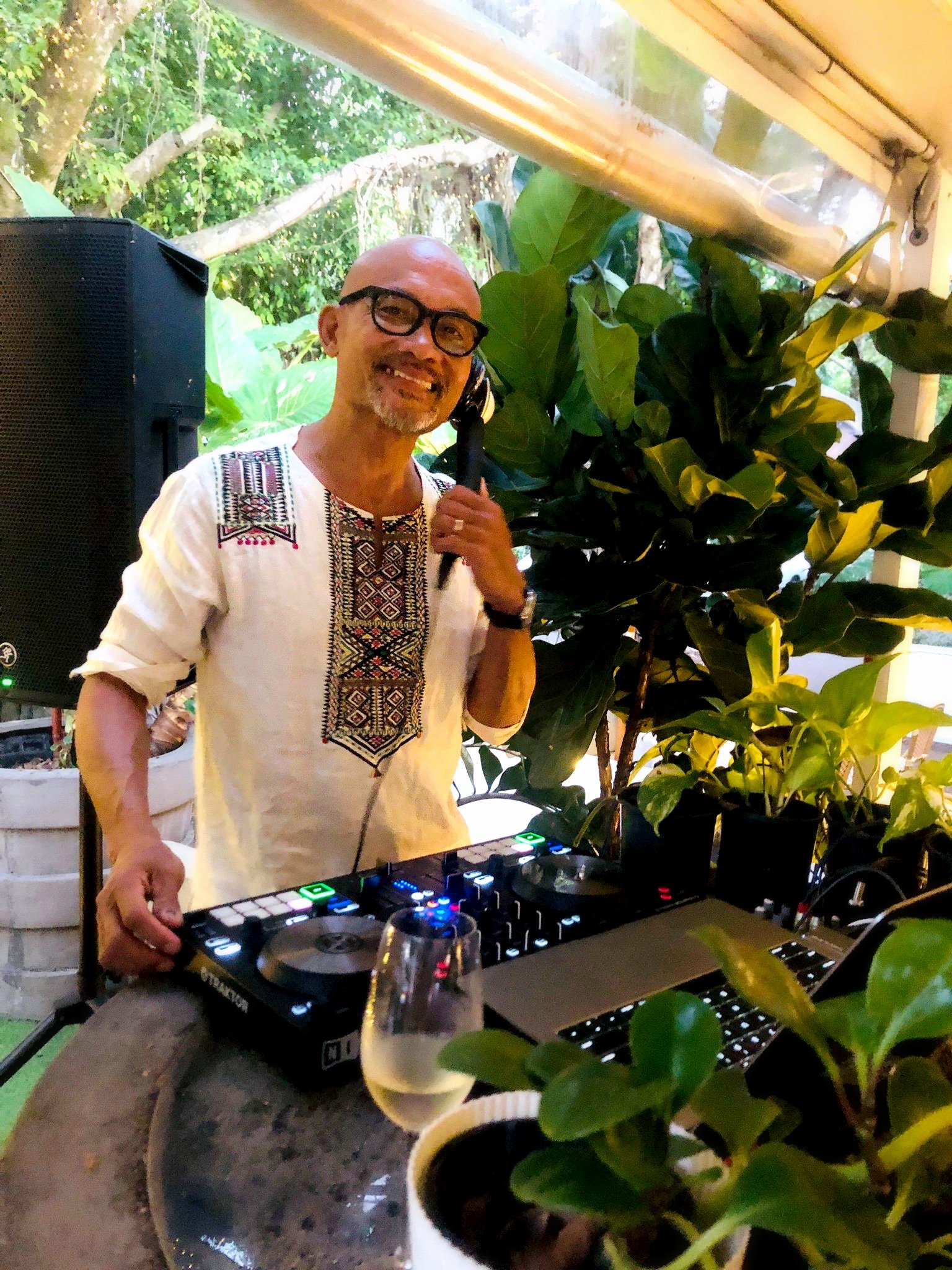 With over 30 years of professional experience as an international DJ, Stevie G is the Sunshine Coast’s most accomplished DJ.

Raised and educated in Washington DC, Stevie launched his music career in 1988 as a DJ at clubs, weddings, and private functions. He then started playing at venues in New York and Miami, before spinning abroad in Spain, Brazil, Mexico, Thailand, Hong Kong, Singapore, The Philippines, Australia and Indonesia.

From 2002, world-renowned restaurant/bar Ku De Ta began flying Stevie from the States to Bali as an imported high season DJ; and in 2005 he moved to the island. Stevie became the longest-running resident DJ at Ku De Ta, where he worked from 2002 to 2018. His soulful and eclectic sets (ranging from lunch to sunset to dinner to late night) garnered Stevie high praise from customers and management alike and he became one of Bali’s most respected and popular DJ’s.

Along with his Ku De Ta residency, Stevie was also hired by massively popular Potato Head Beach Club in 2010, where he maintained a residency until 2018. He played the opening set for most of Potato Head’s major festivals and parties including: Fat Boy Slim (2012 and 2015); Kid Cudi; Foster The People; Sunny Side Up Tropical Festival 2014 and 2016. Stevie was the opening act for Snoop Dogg at the Potato Head Summer Day Party in 2013, where he played before a sold out crowd of over 3,500 people before the headliner took the stage. As a real vote of confidence in his abilities, the venue asked Stevie to play a solo 3.5-hour set before Snoop, a time slot normally split between two DJ’s. In 2016, Stevie was again chosen to play a 3-hour opening set before iconic pop diva, Grace Jones, when she performed live at Potato Head.

As well as his regular residencies, Stevie also worked with numerous event organizers in Bali, Jakarta, Singapore, Hong Kong and America and has played at hundreds of wedding and corporate events.

Since moving to Noosa in April 2018, Stevie has quickly established himself as the most experienced DJ on the Sunshine Coast and plays regular gigs at The M.V. Catalina Noosa, Mr. Drifter, Moto Bar, Cafe le Monde, Rococo and Knock Knock, the latest hotspot on Hastings Street to name a few. Stevie was also invited as guest DJ for a number of large events in the area including the first Noosa Polo Cup Day, Noosa Alive Festival, Noosa Enduro, Noosa Italian Festival and the Horizon Festival.  And recently, he we was a twice invited guest DJ at Noosa’s best underground parties (Capítolo II & Offline Festival) put on by the AlterEgo production collective (https://www.instagram.com/alterego.prod/).

As a compliment to his live DJ sets, Stevie is also the co-curator and host of the Ku De Ta radio show (http://www.mixcloud.com/kudetaradio). Featuring DJ mixes and sunset-inspired music selections, this weekly programme is broadcast to 120 radio stations across the globe. The show is currently syndicated internationally with over 6 million weekly listeners in over 70 countries, and is also featured on the prestigious Café Mambo radio show in Ibiza each week. Locally, Stevie is a presenter on Noosa’s community radio station (NoosaFM 101.3) where he curates and hosts an eclectic music show called ‘The Full Monty’ every Saturday morning from 6 – 8am